Putting words down has been incredibly difficult since we started the season - non stop sliding, travelling and other work/family/social obligations have kept me on my toes! Heres a quick update on whats going on.

Hitting the ice in Whistler first for 2 weeks was a great way to jump right into sliding this season. The ice was quick, and intimidating! Especially just starting out the season. Putting myself in the ranks with all the incredible women of Canada helped me be able to gauge where I am at with my development and how far I have to go in the push and my driving. I ended with a personal best downtime and felt satisfied with how I improved my confidence to attack this track. 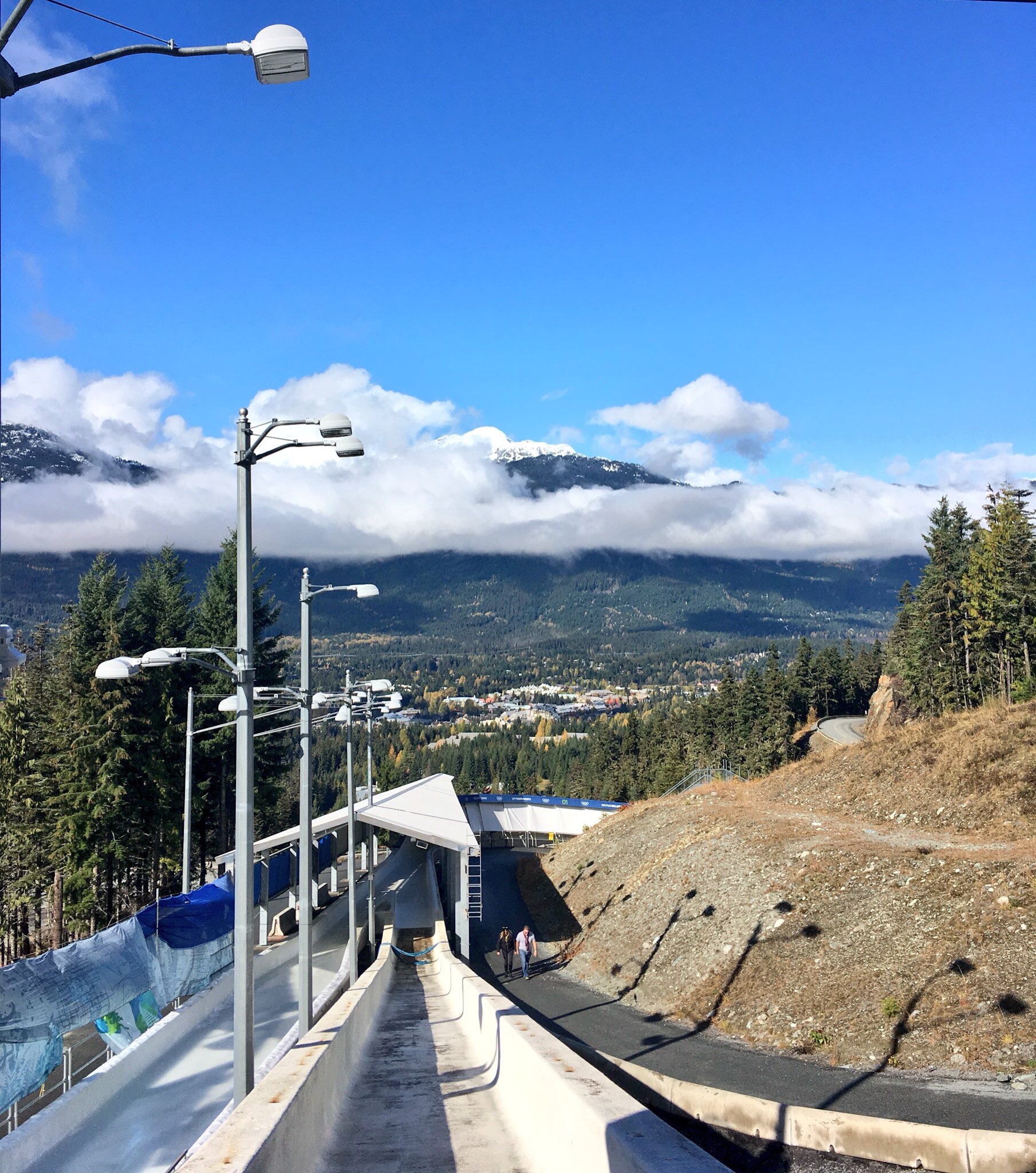 In Calgary, my body was a bit beaten up from Whistler, but I enjoyed being back sliding at home and playing with some different equipment setups. It was also a luxury to have the opportunity to prep for the race in the comforts of home - something that I will no longer take for granted! This included some home team spectators who I was lucky enough to catch up with between heats of my race. We had some great ice for race day here and I ended up with a downtime PB, as did pretty much most of the field. 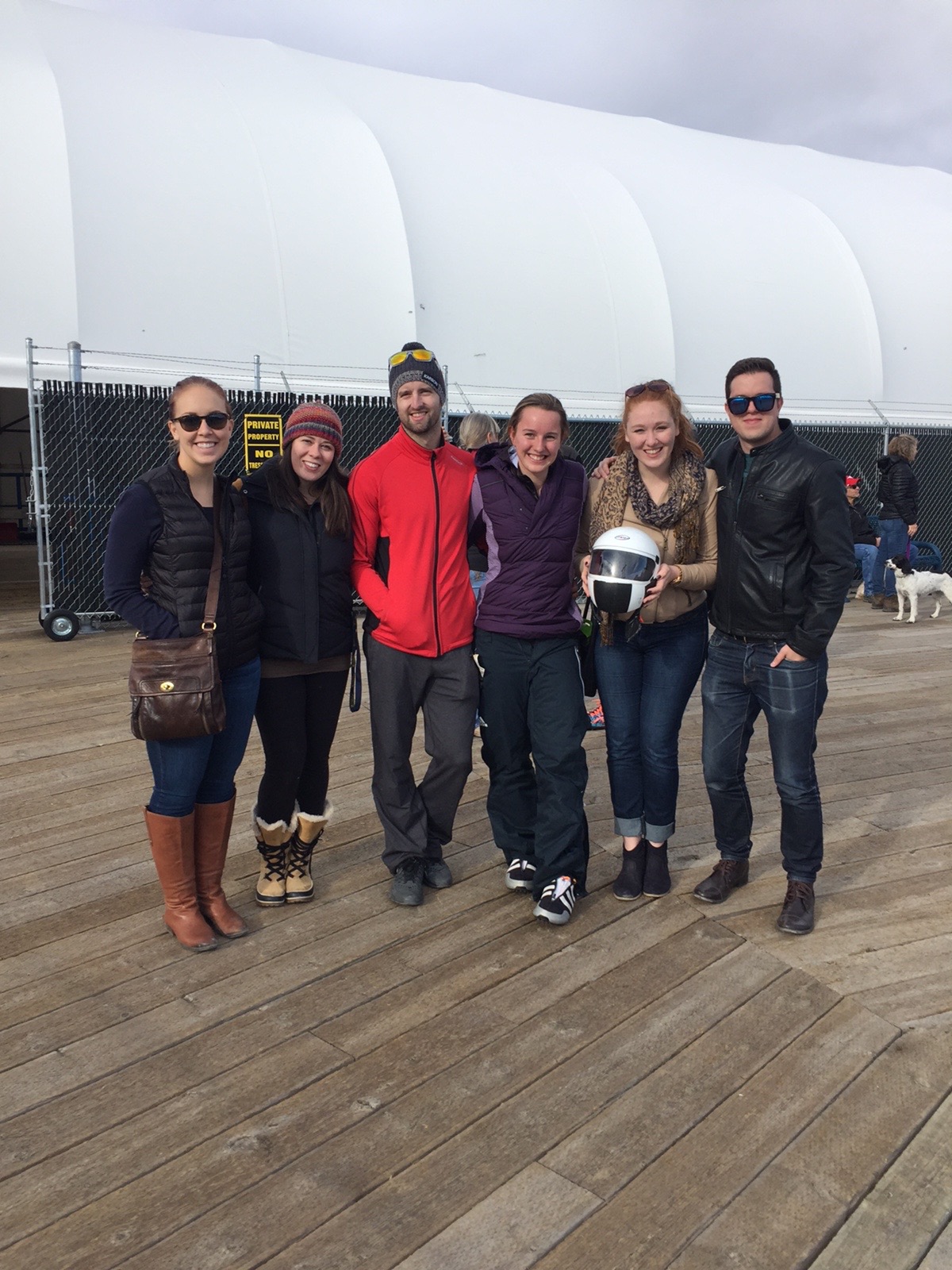 After the selection race series wrapped up and the teams were named, I found out that I was headed to the Europa Cup circuit to learn two new tracks! We were lucky to be sharing the track with the ICC team, meaning we had 9 Canadian's travelling together - which allowed me to pull experience from people who had been to these tracks before. 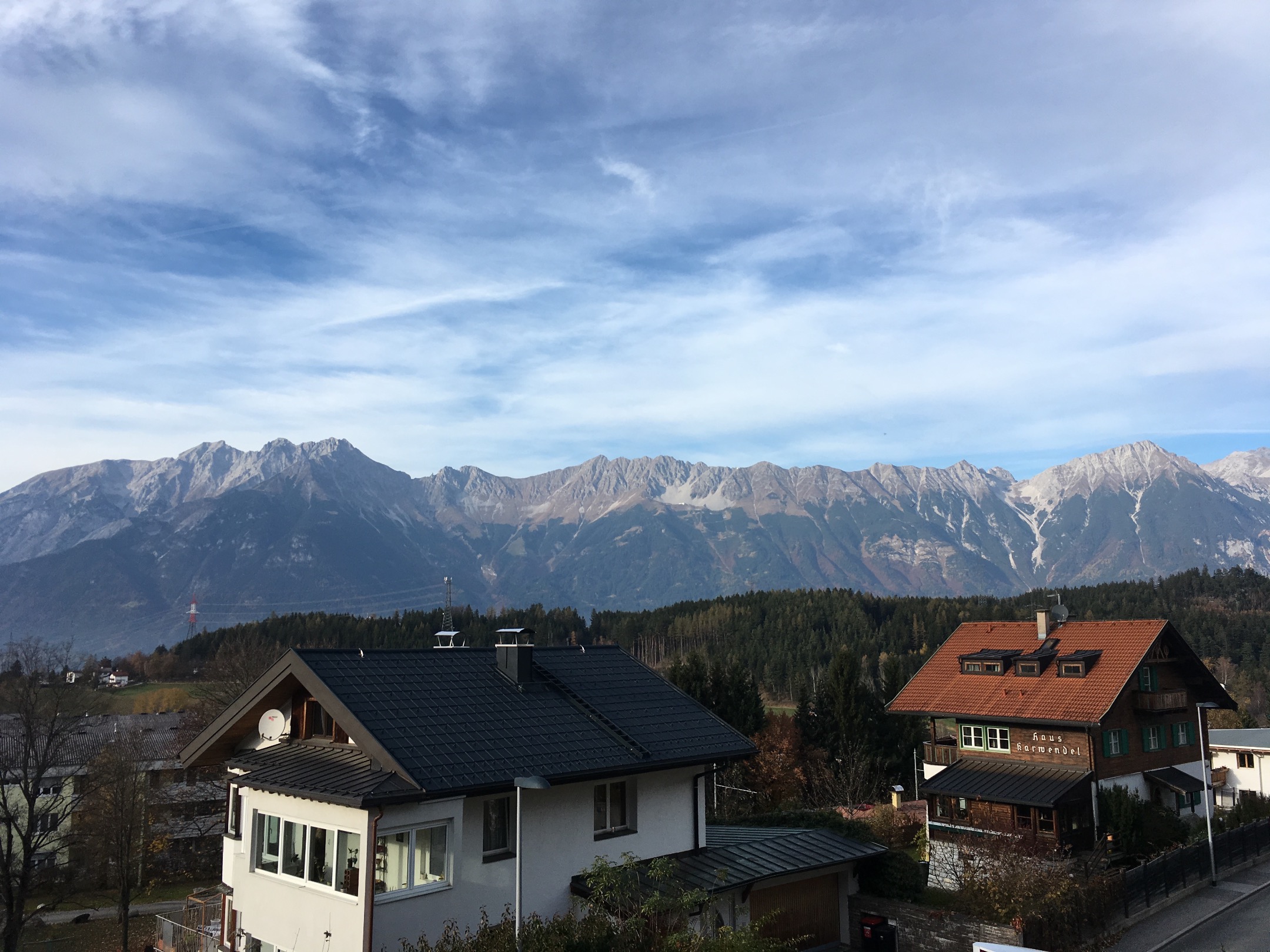 The first stop of our trip. This was my 5th track to learn and the 10th country I have visited. Austria did not disappoint, with a glimpse of fall when we arrived, and quickly moving into a winter wonderland. Arriving a few days early, we were able to become acclimatized to our new time zone and surroundings, and squeeze in a bit of paid training before the race! This track is easy to get down, but very hard to be fast. It was a great re-introduction to learning a track without a lot of intimidation. That being said, I was worried about not making the cut in a deep field of almost 30 women, but I surprised myself with a 13th on race day 1. On Day 2, I saw the snow start to fall as I was getting ready to take to the block. I blasted off as soon as the green light went and luckily beat most of the snow. Standing at the bottom, I knew it wasn't my best, but I was happy to have kept within the top 20 and would get a second run. 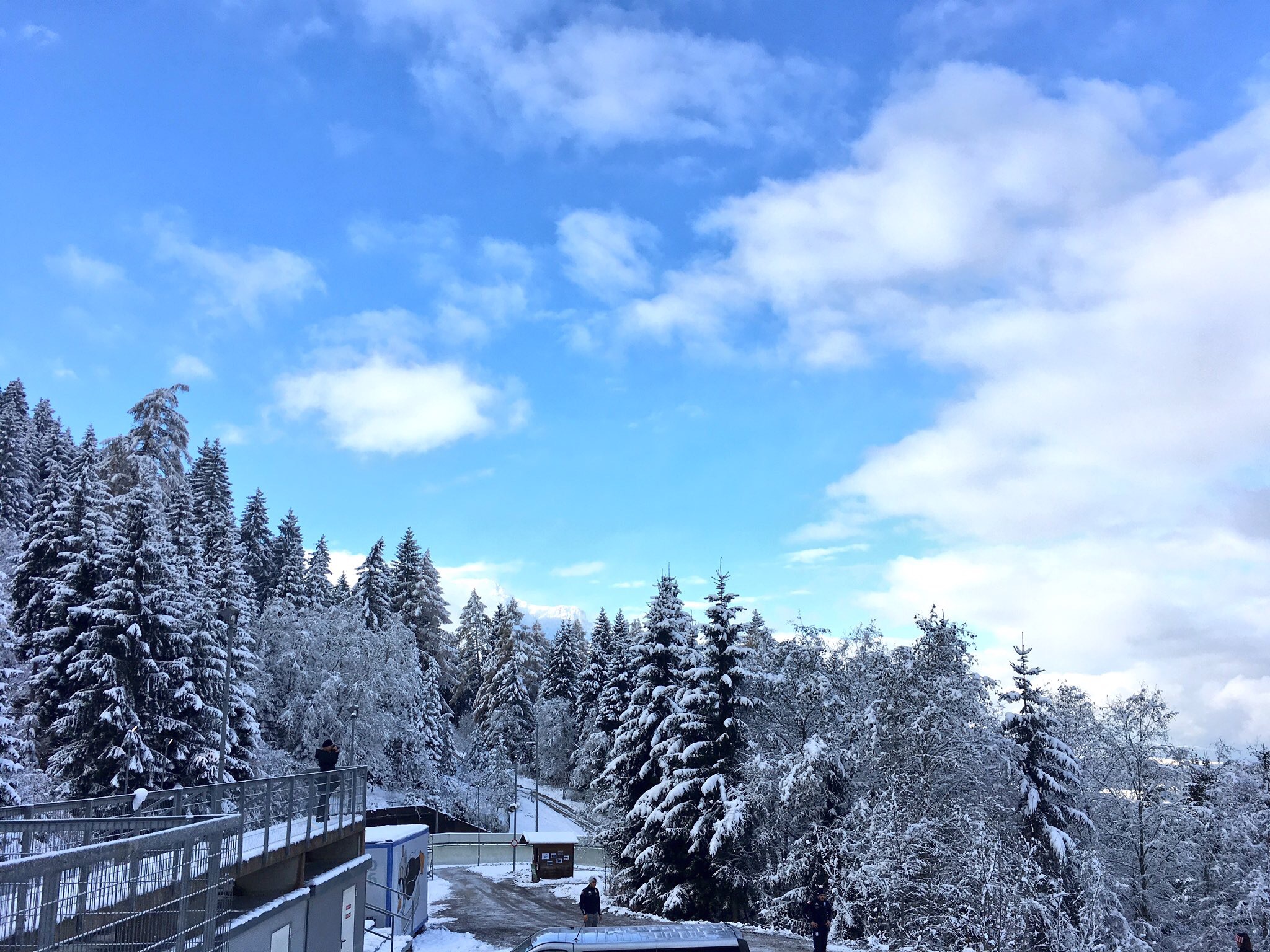 Igls was magical, as was the closest town, Innsbruck. The track looked like a postcard, which made the week just that much better.

This week was less than stellar. I haven't lost my sled on a run since my first year of sliding. This week dished me 3 "crashes" (I really should've held onto my sled), and a big hit to my confidence. Situated on the Lake, this track challenged me, and had many elements that were simply unique. Teammates, competitors offered me words of encouragement and advice, and for that I'm forever grateful. This was by far the hardest race week I have ever had. 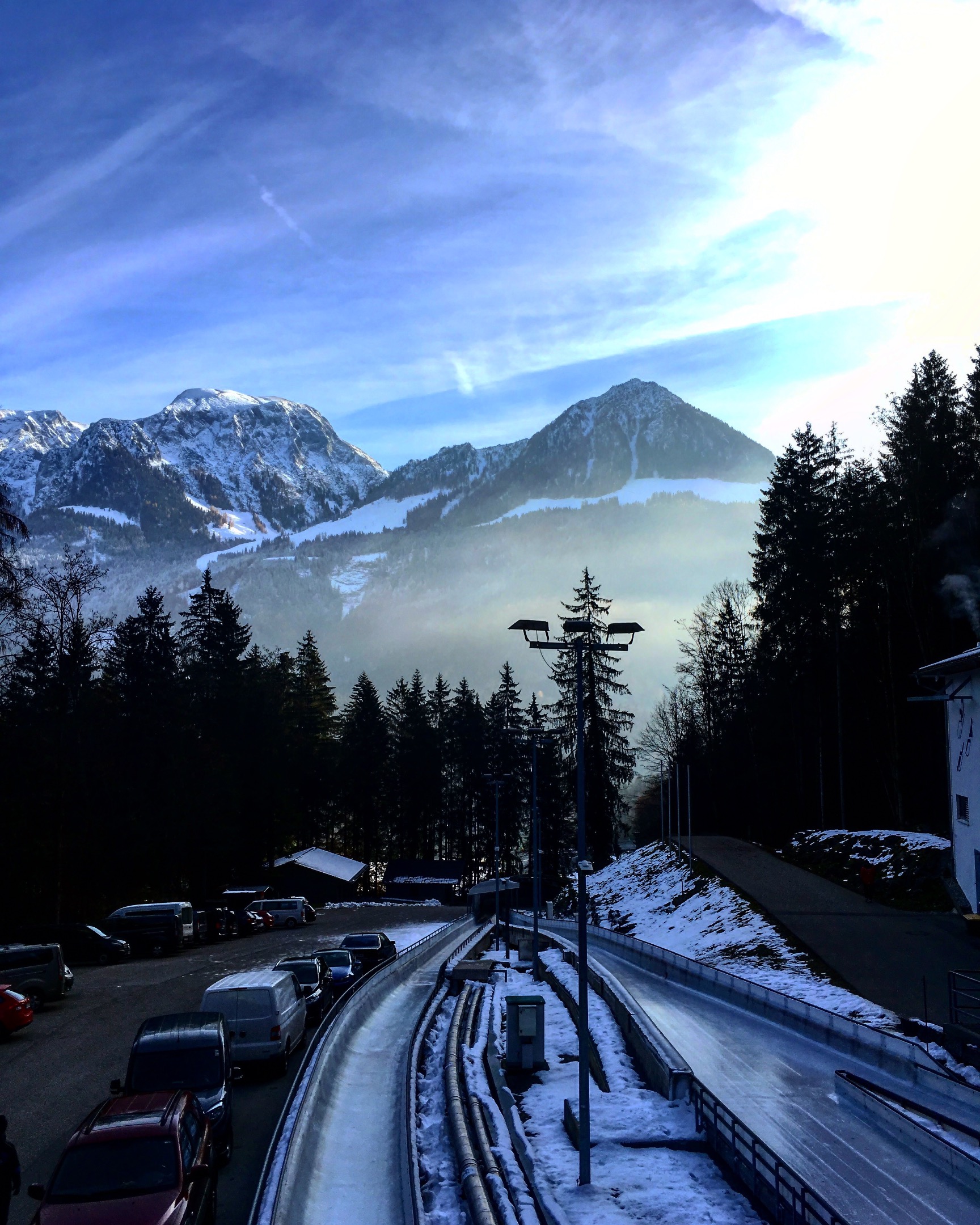 With that being said, with 2 solid runs on the last day of training, I was starting to 'get' this track. The S-curves are a feeling like I've never had, and one I learned to love, and a kreisel that is more than 360 degrees - which is the corner that handed me all the trouble.

I was joking that I got 10 runs through the top section of the track, but only 7 through the bottom section. Which simply left me with not enough time to truly crack the code of this track. I was able to lay down my best run yet on race day 1, but with strong competition, I missed the second run with a 22nd place.

The second race day, I was ready to attack. I wanted to end the Europe trip on a good note. I ended up 16th, but was actually 14th going into the second run. Tremendous improvement!!

Thanks to my teammates from Canada, coach Orvie Garrett, The USA team & everyone for some great racing. My first Europe circuit races were full of lessons.... lots of learning! 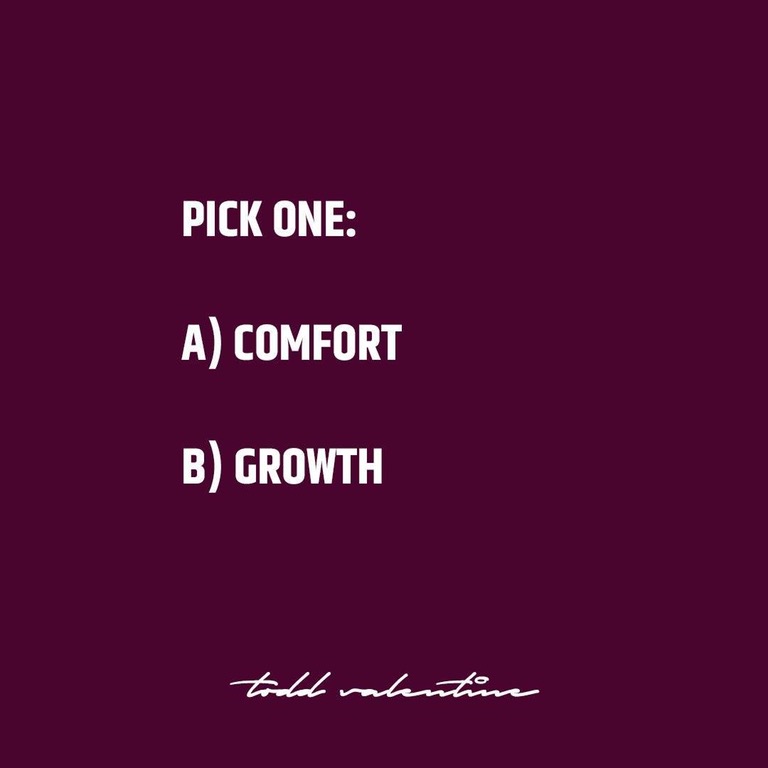 After flying Munich->Toronto->Calgary, I was able to spend just under 20 hours at home to unpack, repack, and spend a night in my own house.

Then it was back on an airplane to Vancouver! 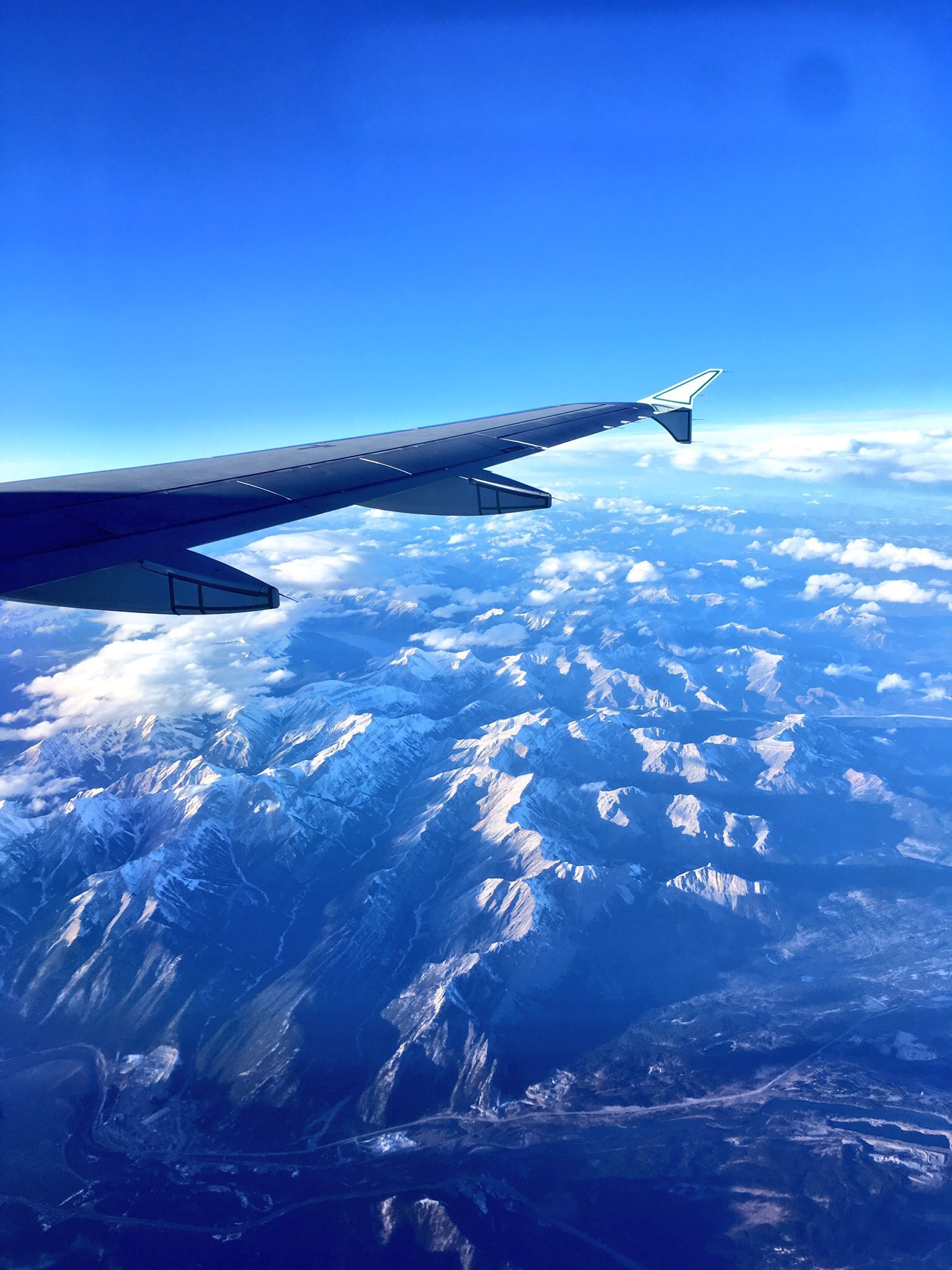 9 hours behind where we were in Europe, this was a lot to adjust to. Heading on the plane, I was going over my notes thinking about how much the first two weeks of training went and what I learned. I was thinking that this week was going to be a huge confidence builder and how dialled in I felt on this track before I left.

Then on the first day of training, the ice was considerably slower and my timing was all off.... This was something I struggled with all week, until the ice got a bit faster on race day and I laid down some of my best runs on this track (and a push PB!!!!).

Being back racing on Canadian soil was something I did not take for granted this week. Even though Whistler isn't necessarily my home, it is a track I will be spending a lot of time at as I go forward with sliding. 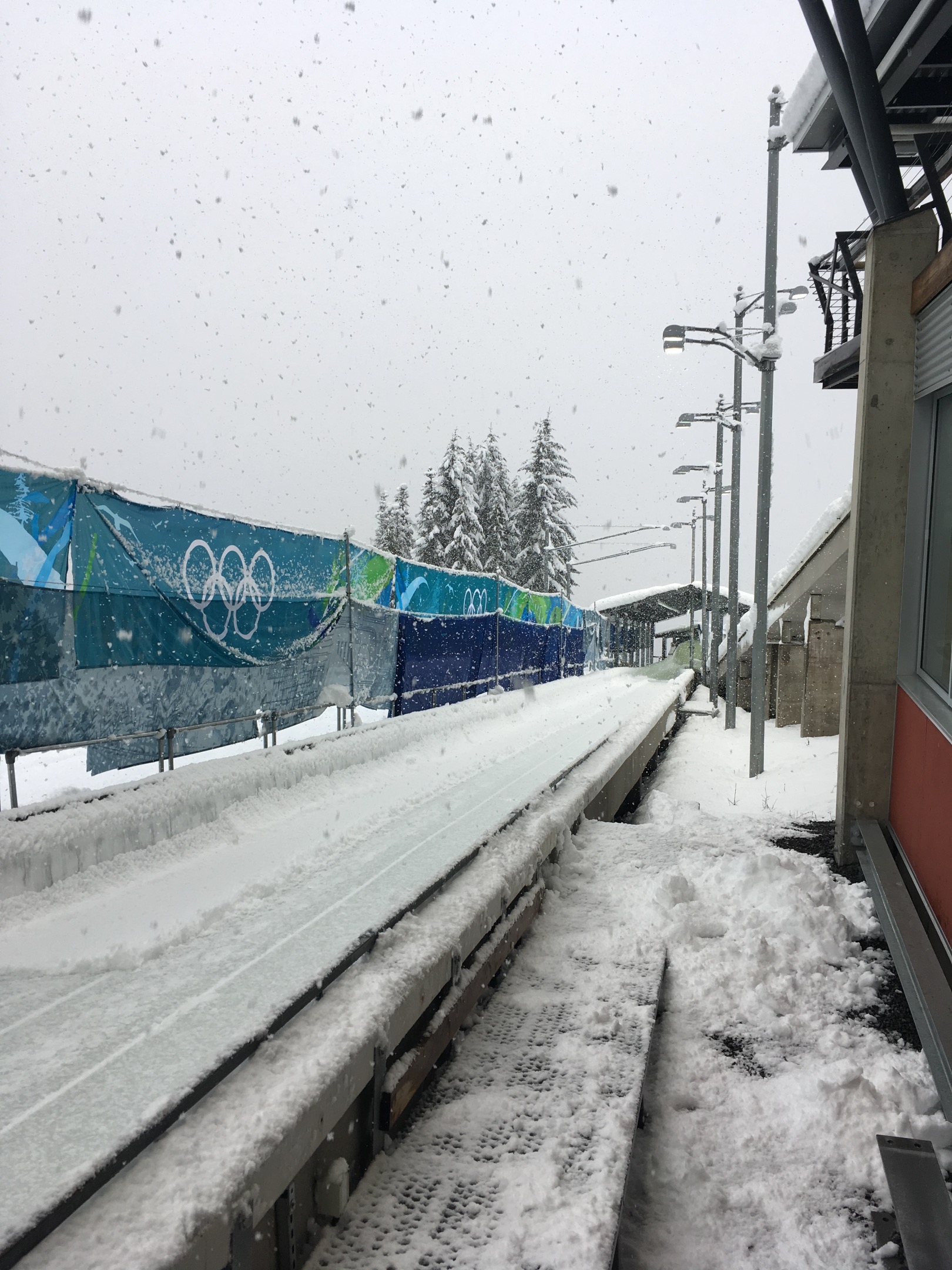 This week was full of snow, and the rest of Whistler was stoked about it! The track crew did an amazing job of keeping the uncovered start as clear as they could for us. My first race day wasn't stellar, but I ended up 11th. Race day 2 left me 7th, just a couple of tenths out of a top 6!

The world cup is in Whistler this week and this attracted a high calibre field, with a lot of women staying through to the World Cup. With both of these results, it gave me confidence that I'm building run volume on this track.

Most of November was spent away, so I'm looking forward to spending December at home, resting, training and building towards whatever the second half of the season makes!